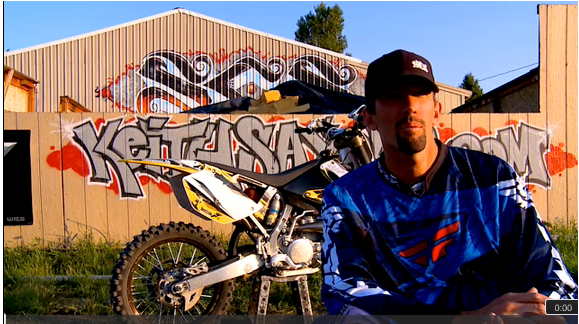 Keith Sayers gets the green light to ride from his doc

It’s been a while since I heard from Montana ripper Keith Sayers. The last I heard, he was badly injured riding a Jagermeister FMX demo at the Seattle Supercross, but I haven’t heard much since. But just last week, Sayers and filmmaker Steve Haughelstine hit me up to let me know that they were about to head to the doctor’s office, hopefully getting the approval to ride. So, Haughelstine filmed the journey and Sayers not only got the approval to ride, but he was back on his bike and hitting ramps that very same day, flipping perfectly on his tenth jump.

Keith Sayers is an animal. Check it out.